Jurassic Extreme marked off one of the biggest goals from our bucket list this January. What was the goal you ask? Well, taking the Walking Dinosaurs to the moon of course!!! We’re just kidding. Now although we didn’t quite make it to the moon, we made it close enough because we were invited to Nasa’s Space Center Headquarters for a super special birthday party for our space cadet, Fernando. Now although Fernando was a little older, that didn’t make him too cool for Dinosaurs! Thank goodness, because we could barely keep Ramsey, Riley, and Razor in the trailer. Once they saw the sign and space shuttle at the entrance, they were roaring to get out. And when our special guests were announced, we had a full house of thrilled kids, running around, and jumping up and down in anticipation. It was almost an intergalactic experience bringing our dinosaurs to this cosmic event. Fernando kicked off the party walking Riley and Razor and then decided to let his friends get their chance to walk too. With so many kids, and one of our largest birthdays yet, time flew by because we were having so much fun. Razor and Riley then got a chance to take some pictures and tickle the kids, but I think their dance off was their favorite. And although we don’t have favorite dinosaurs, Ramsey was the top pick for this party. We think it’s safe to say that they were star struck by his size and color. The kids lined up to kick the ball and didn’t hesitate when it came to dance with him. Maybe it seemed that way because Ramsey got to sing Happy Birthday to Fernando and helped him blow out the candles. Who knows? Let’s just say that either way it was a successful mission for Jurassic Extreme! 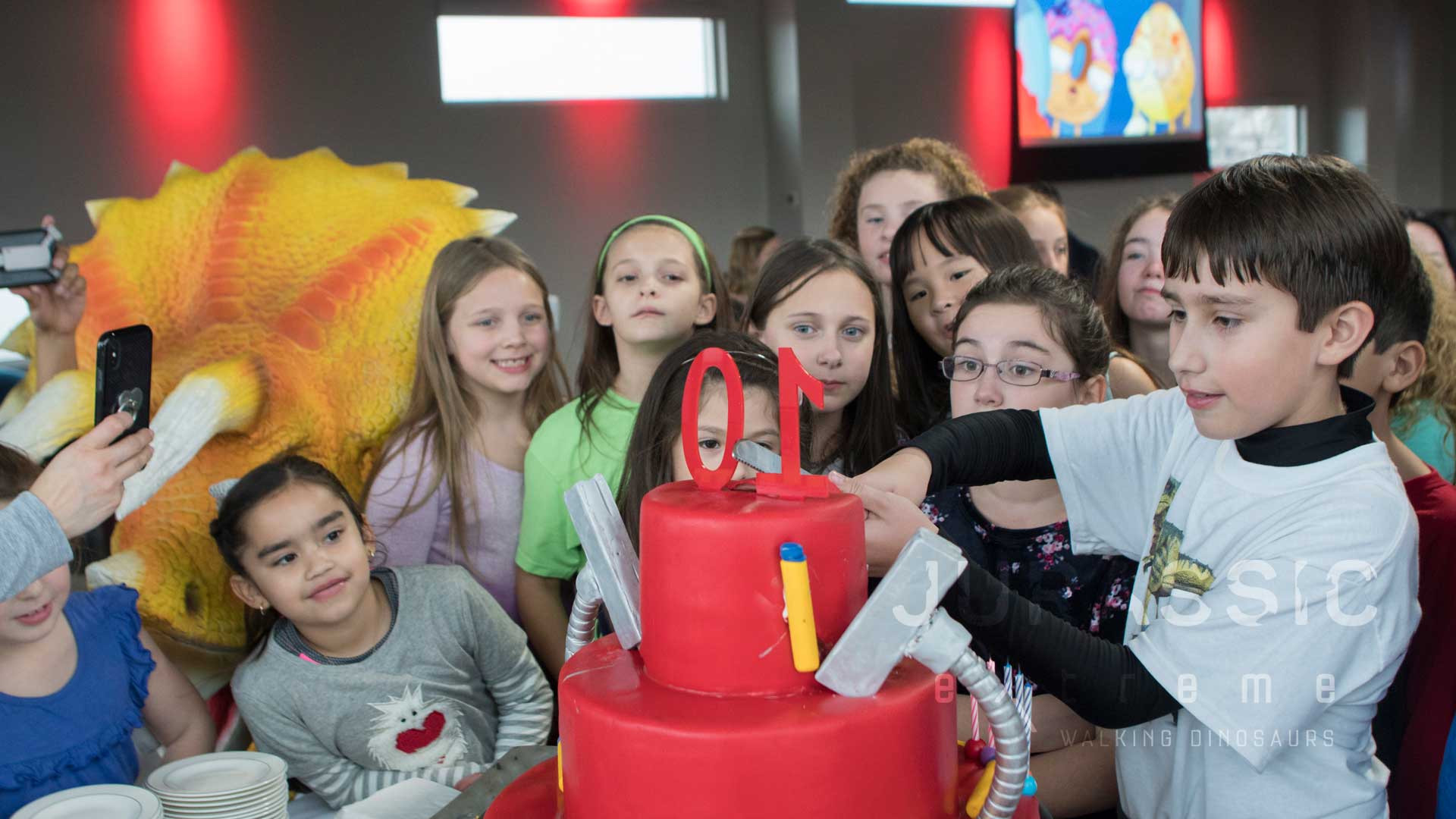 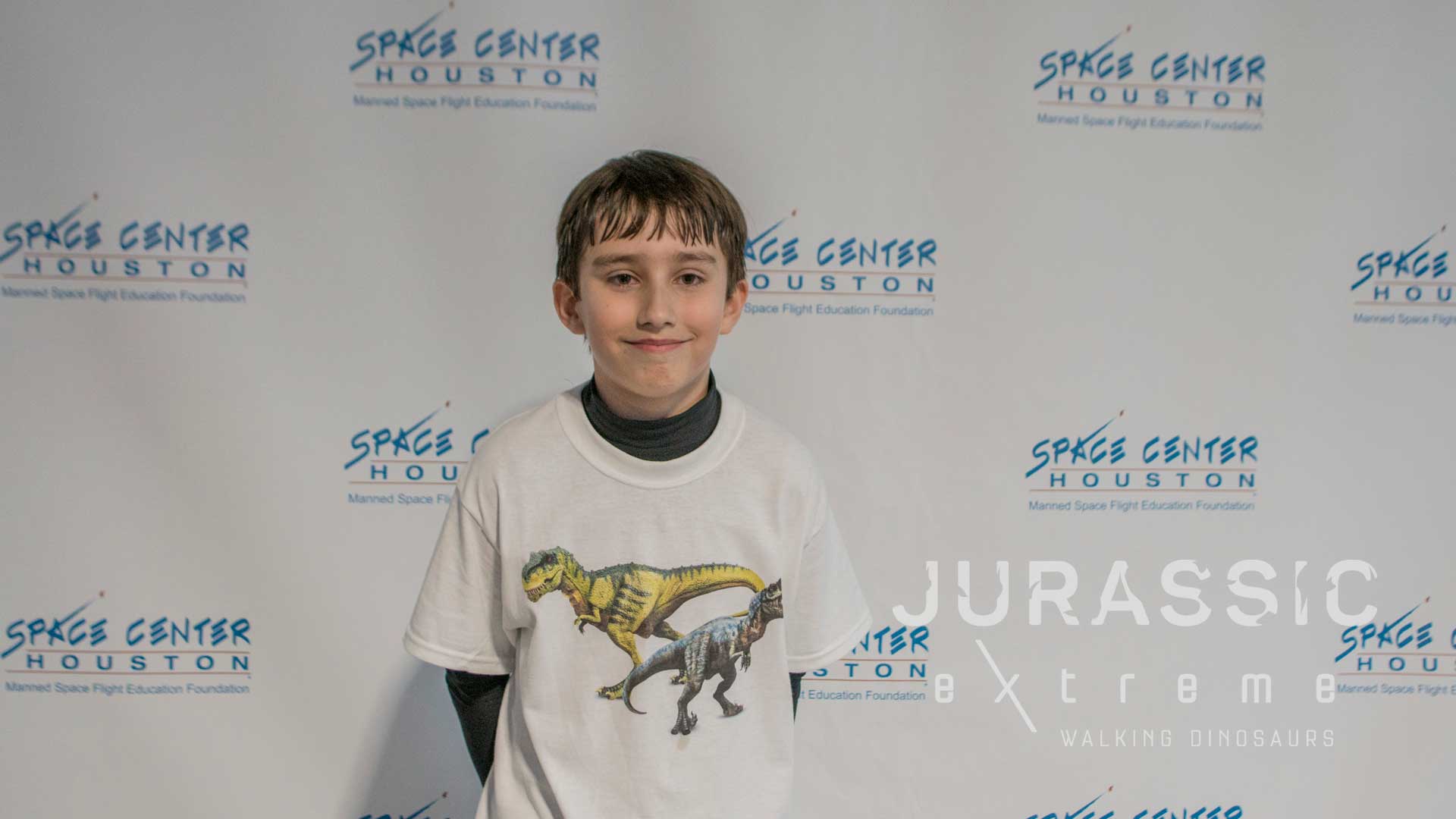 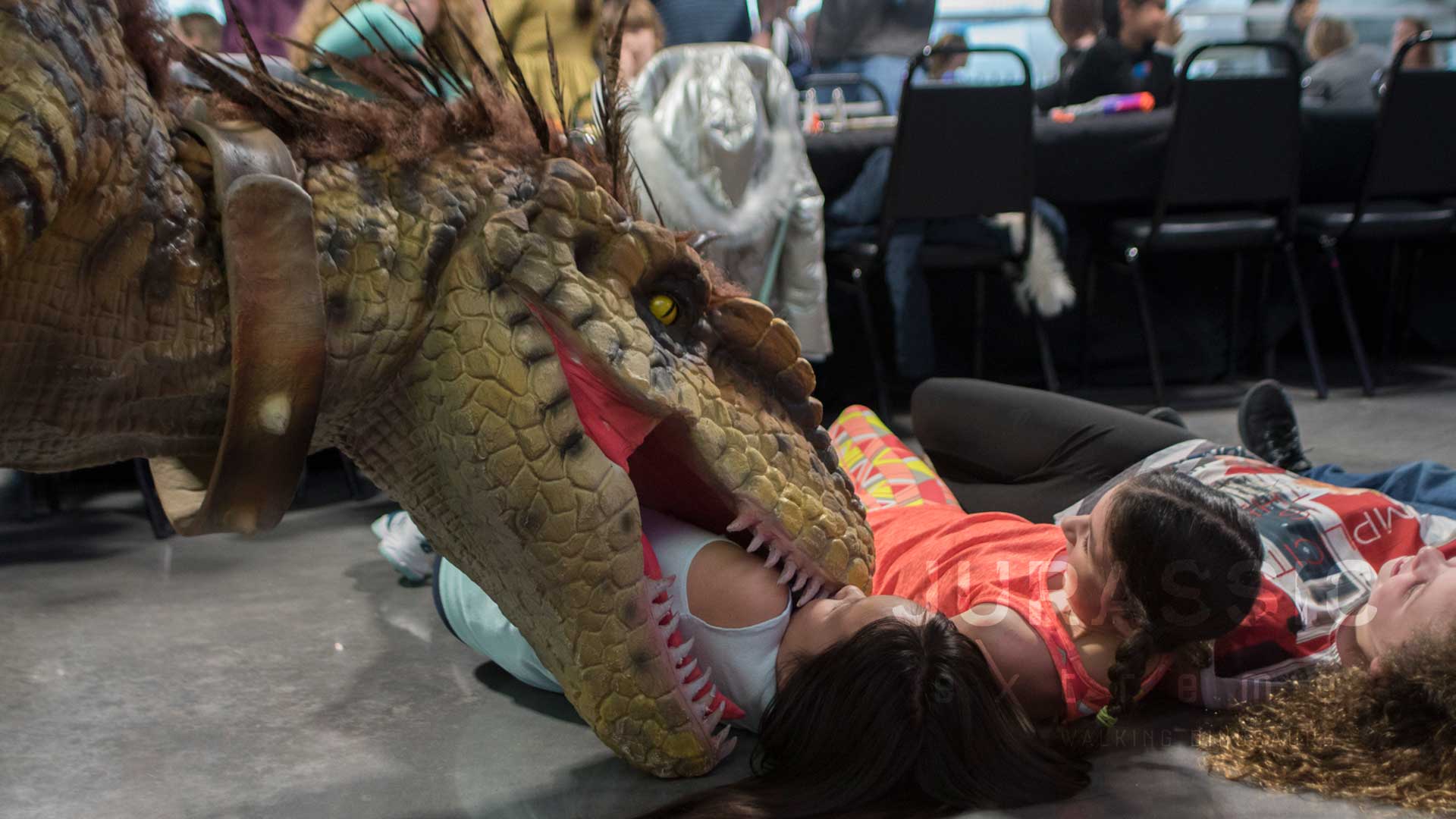 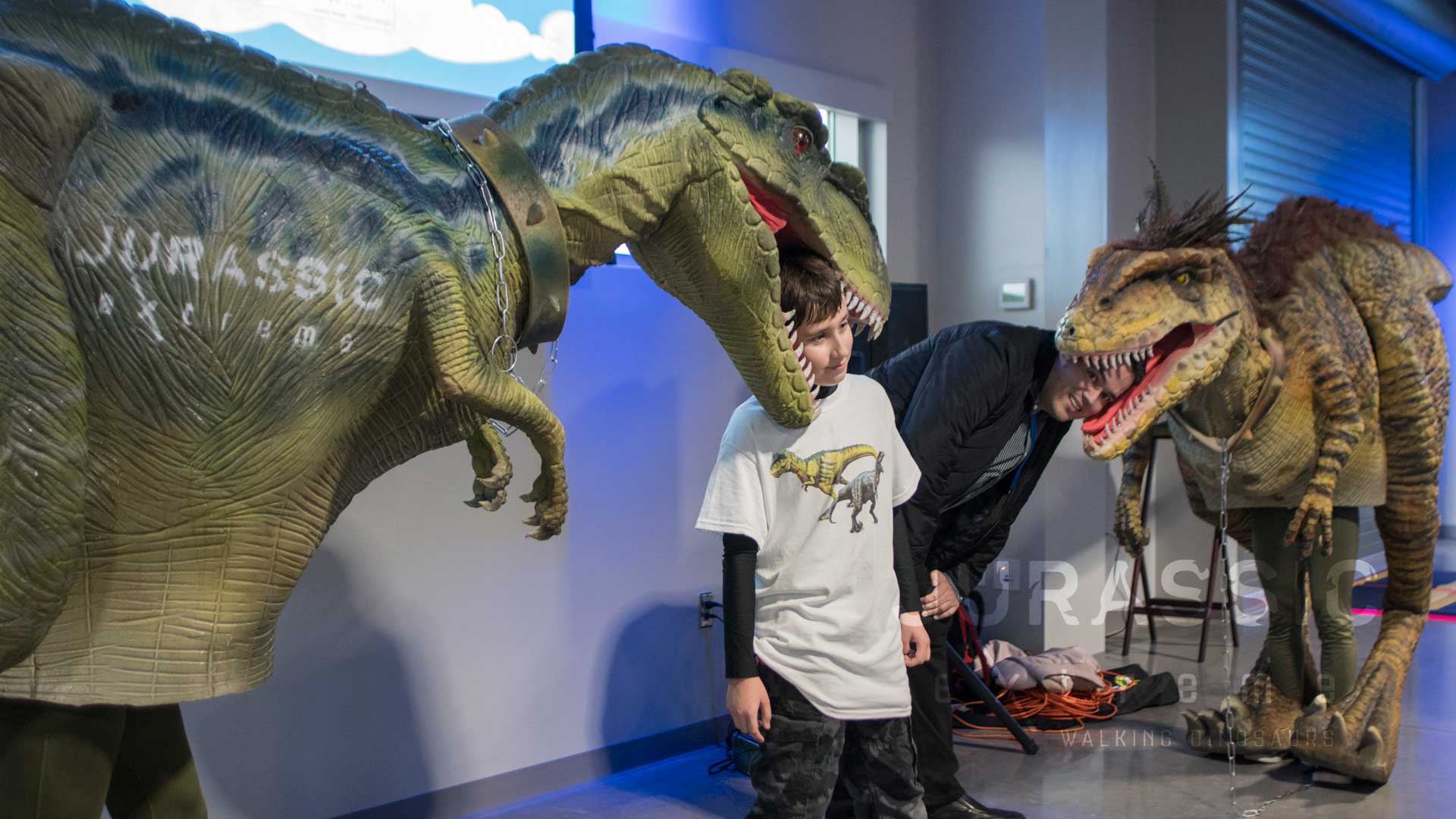 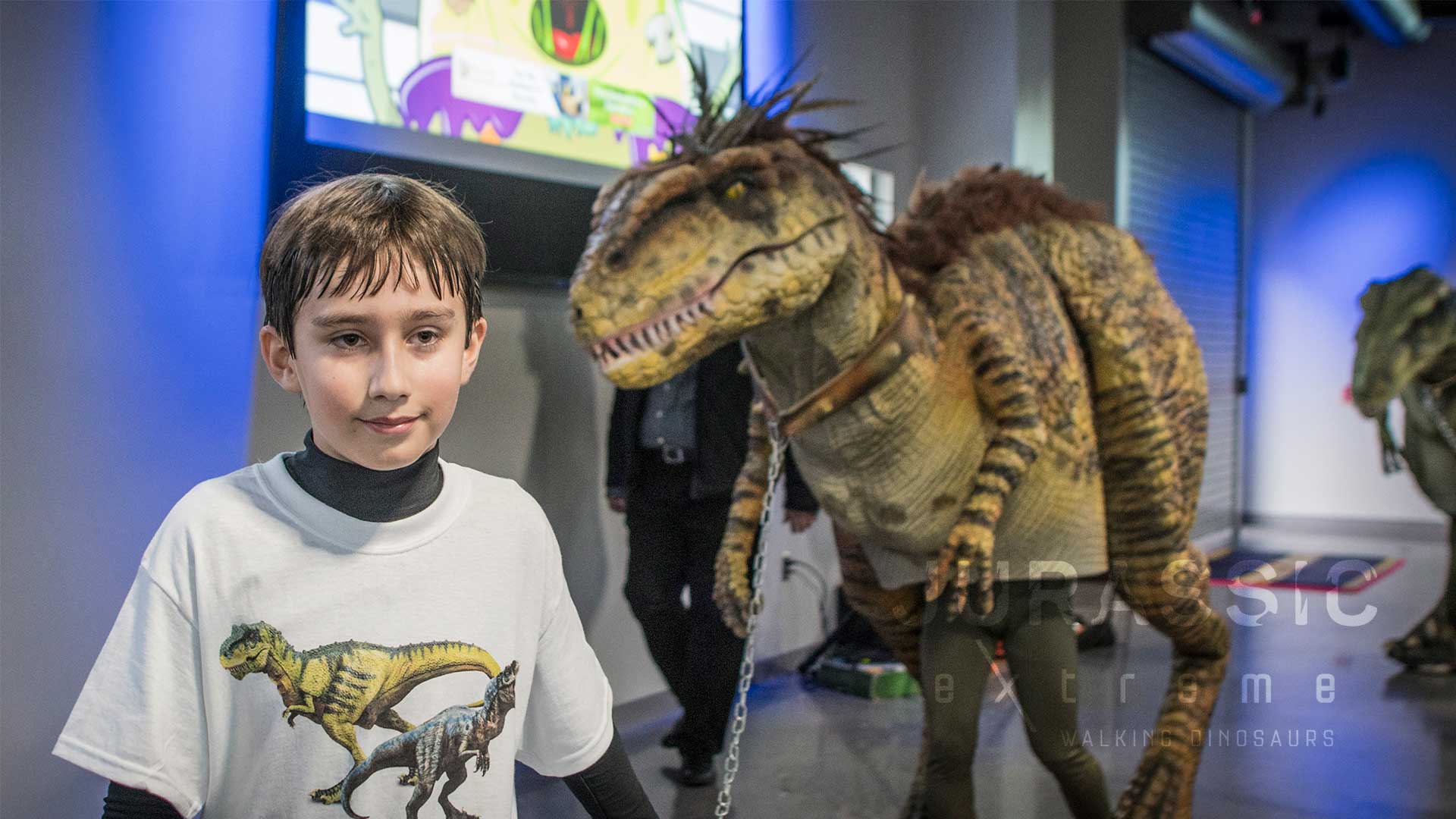 Are you ready for Jurassic Extreme to provide Dinosaur Entertainment for your child’s next dino party in Texas? 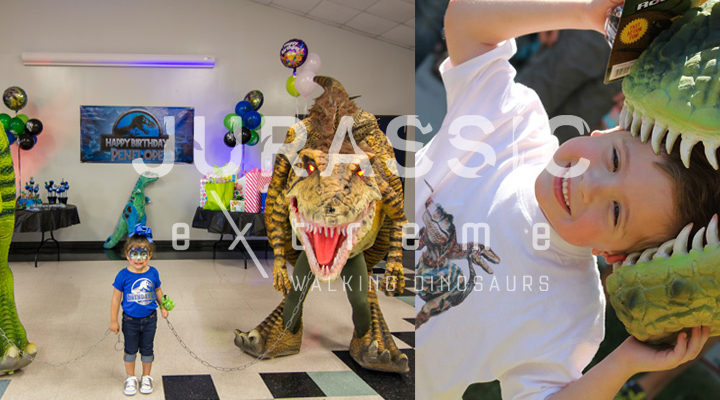 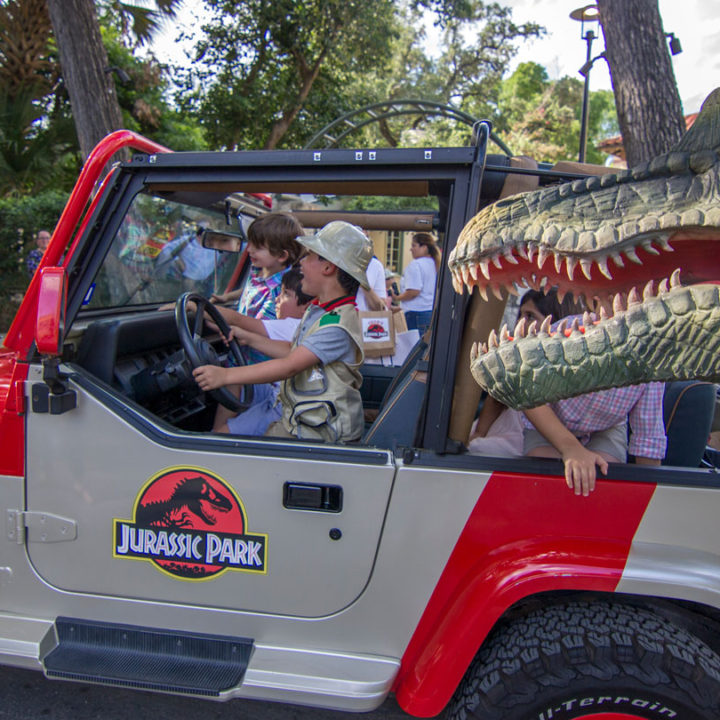 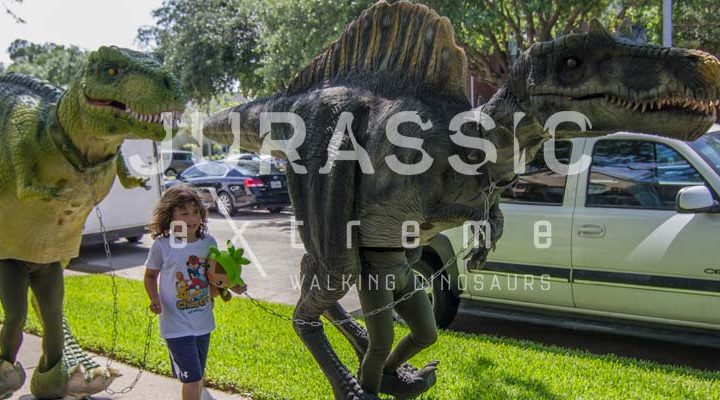 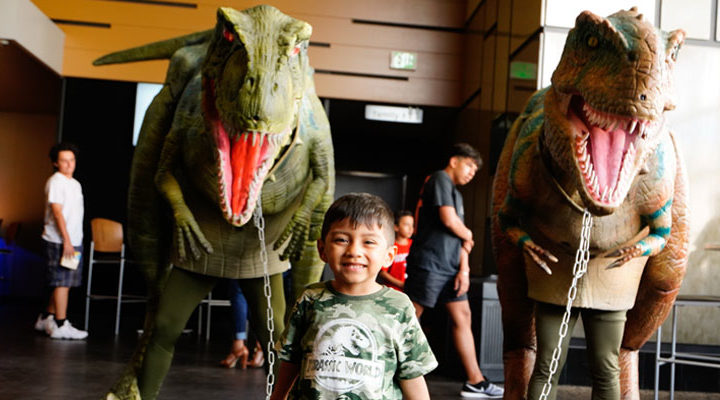 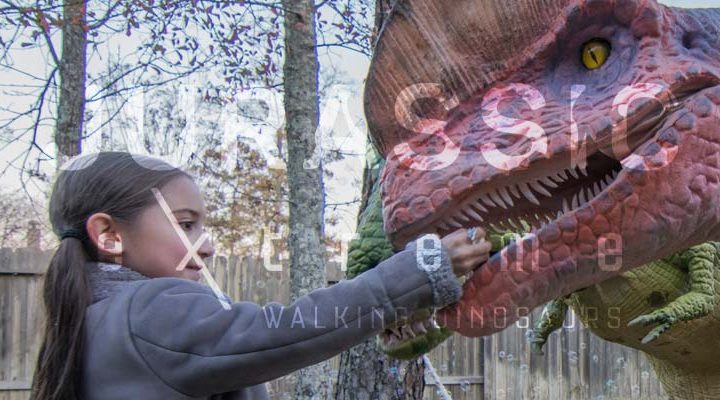 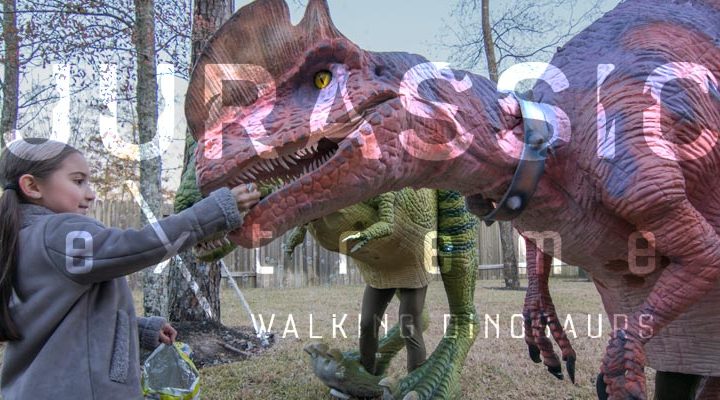 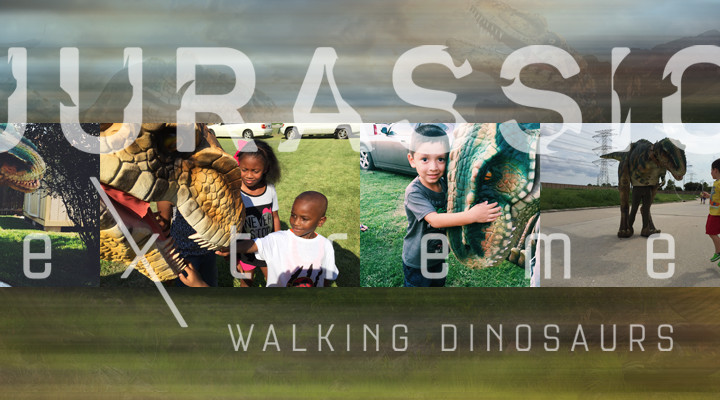 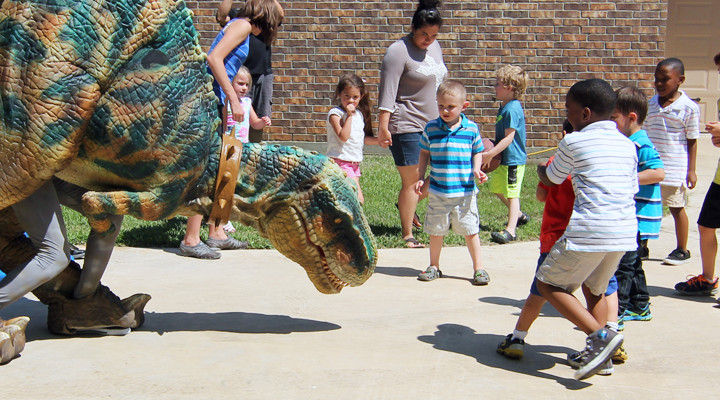