Come meet Rocket + Razor (Walking Dinosaurs in Houston) from 3pm – 5pm and be one of the lucky ones to see the first showing of ‪#‎JurassicWorld‬ at 7pm. 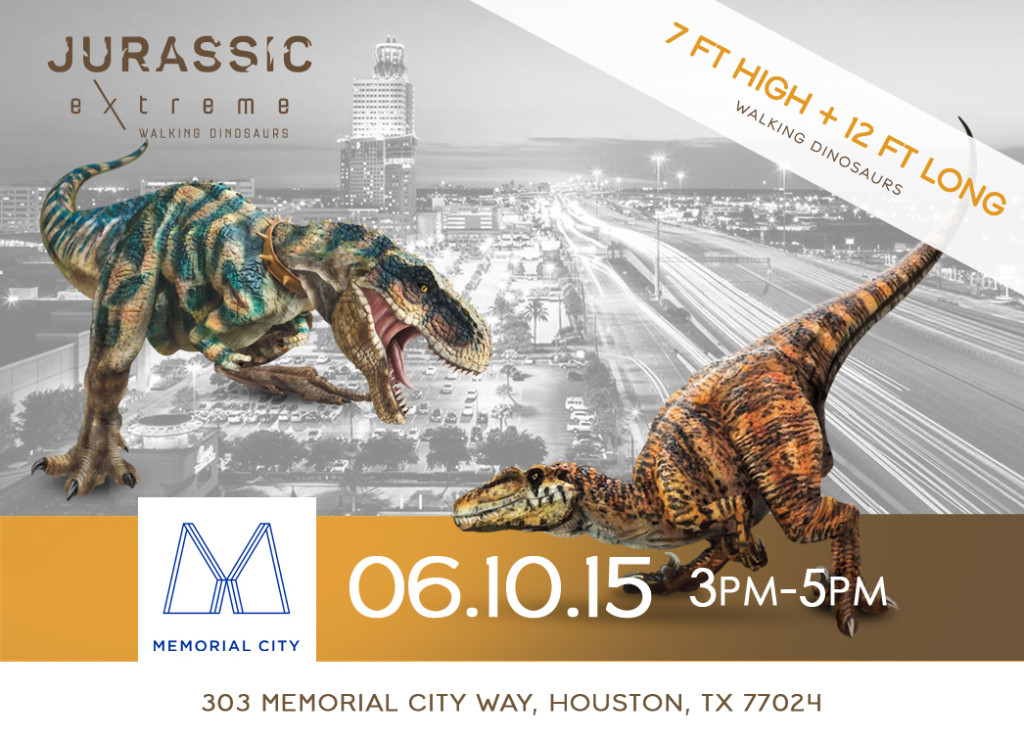 Who said dinosaurs are extinct? Join us in the CityCentre Plaza on Saturday, June 13 from 11 AM – 1 PM for a prehistoric program.

Jurassic Extreme will introduce Rocket the Baby Tyrannosaurus Rex and Razor the Velociraptor, both 7′ high and 12′ long Walking Dinosaurs!

Last weekend we headed out to Angleton, Texas for a birthday party! This was our official debut event, and we were super excited to let it happen at a special event….a birthday party!

Upon arrival, we felt the excitement in the air and noticed the kids were already on the hunt for dinosaurs. Lucky us! We had the right walking dinosaur in Houston for them. Enter Rocket!

Instantaneously, the kids were mesmerized by Rocket the T-Rex. They were definitely in a state of wowness as they stood in front of him with caution. The birthday boy was anxious to engage with Rocket, but his friend was pulling him back for the sake of protection. Hey! We can’t blame him but Rocket is a loving, caring dinosaur and the birthday boy discovered that quickly as he broke away to greet him with love. Patrick, the birthday boy, was a trooper the whole time and was in total control of Rocket. Rocket obeyed his every command. One of the highlights was when Patrick put his whole head inside of Rocket’s mouth and everyone followed. Rocket enjoyed it and so did the kids. Before the piñata session, Rocket was shown some tough love as he got shot with toy guns and a few inflatable toy swipes. A funny spectacle to watch unfold.

We had an amazing time. Rocket took lots of photos with the kiddos, partook in some of the festivities, and was embraced with love from everybody. It was the perfect debut and we couldn’t ask for more. A happy birthday five year old and a happy T-rex dinosaur….Mission Accomplished! 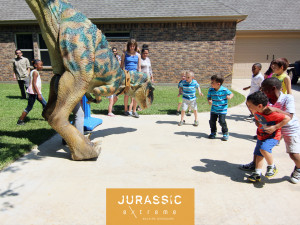 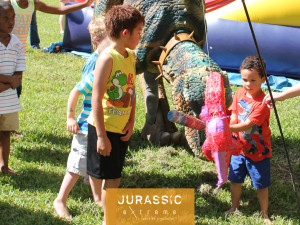 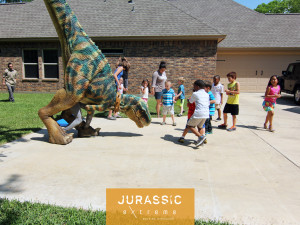 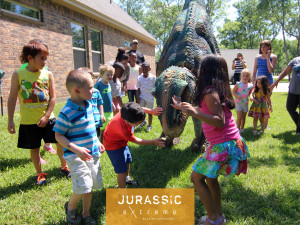